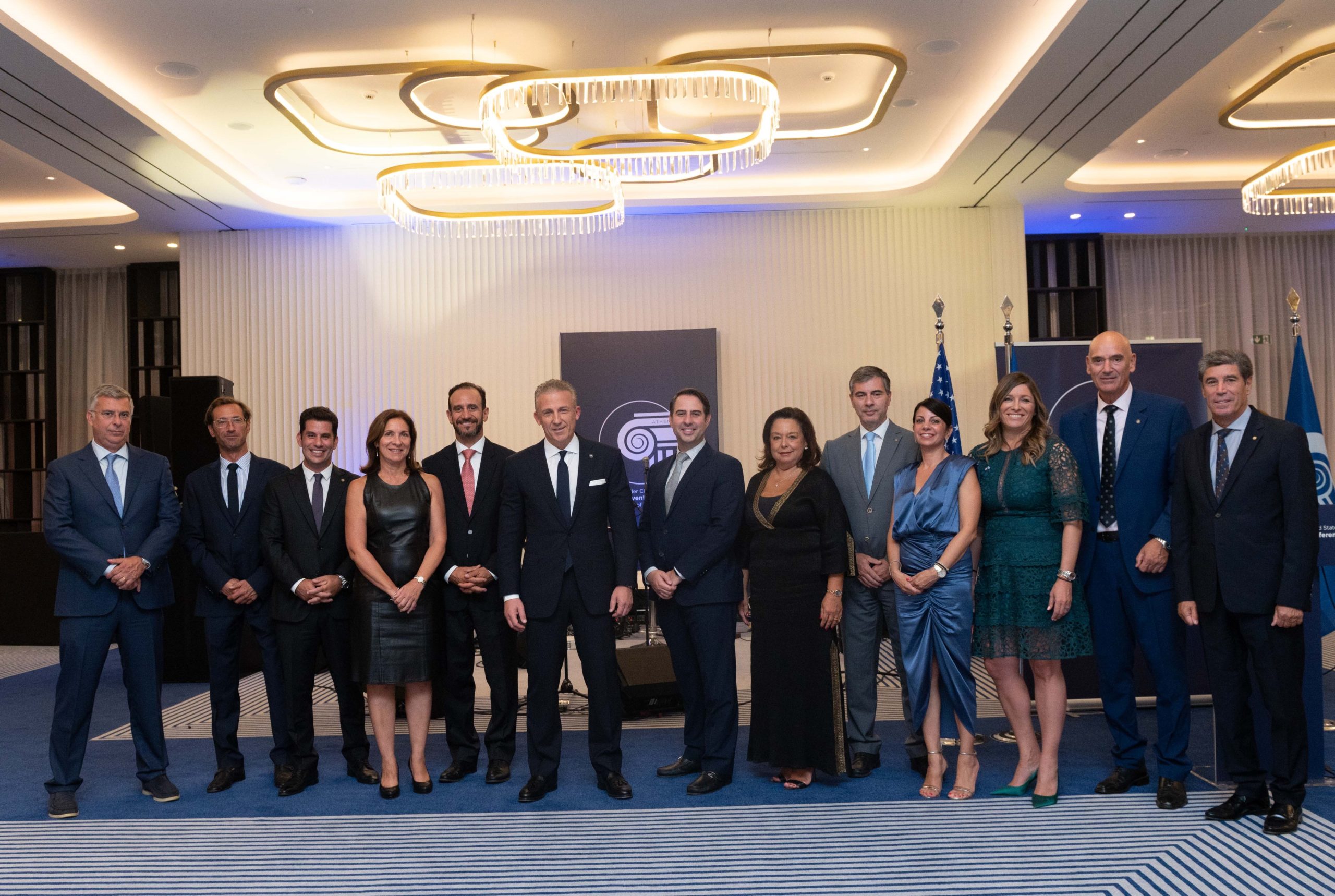 Posted at 15:10h in Events by Propeller Club 0 Comments
0 Likes

This year’s Annual Convention & Conference of the International Propeller Club of the United States was successfully held on September 20-22, in Athens in front of hundreds of delegates from around the world who enjoyed a program of insightful panel discussions and keynote speeches from Greek government officials, US Embassy and Senate representatives, European Parliament MPs, dozens of international shipping decision makers, iconic veterans of the Hellenic maritime heritage and other dignitaries.

The three-day event, which was organized by our Club also attracted representatives from 72 Clubs of the International Propeller Club. Our President and Chairman of the Convention’s organizing committee, Costis J. Frangoulis, opened the event, followed by James Patti, President of the International Propeller Club of the United States who spoke about the event’s significance, Giannis Plakiotakis, Greek Minister of Maritime Affairs and Insular Policy and His Excellency, George James Tsunis, US Ambassador to Greece and George D. Pateras, President of the Hellenic Chamber of Shipping.

A highly engaging keynote presentation was delivered by brand strategist Peter Economides who spoke about the significant role of shipping in the world’s economy and our daily lives, giving examples and making the case that the industry needs to promote itself for people around the world to understand its vital importance.” Without shipping there’s is no shopping,” he proclaimed as he highlighted Greece’s sectoral leadership to the USA’s global economic might calling for a Symbiosis of the two.

Other highlights included Vice President of the European Parliament, Eva Kaili’s summary of the workings of the EU Commission in shaping environmental legislation for the maritime sector clarifying that they will apply to vessels 5,000 T and above.

“We set the reduction targets to cut the sector’s emissions at an ambitious level, whereby by 2050 we aim at a target of 80% reduction compared to the 2022 levels. We are confident that this target will be achieved,” said Kaili. She added: “From 2030 there will also be the obligation for container and passenger ships to also use onshore power supply or other zero emissions technologies when berthed at ports at EU member states.”

Olympia K. Anastasopoulou, the Secretary General for the Tourism Policy & Development of Greece, also delivered a speech in which she focused on the importance of the yachting sector to the Greek tourism coffers: “I honestly believe now is the time for an extended discussion about the opportunities that arise for Greek maritime tourism and yachting in a new era characterized by strong volatility, multiple crises, and interconnected networks of stakeholders,” she said.

From his part, State Senator Leonidas Raptakis, used his speech to deliver a message back home: “Legislators should be working together with shipping for the future,” he remarked as he addressed the issue of divergence between regulatory authorities and industry interests.

Spyros Polemis, past Chairman of the International Chamber of Shipping (ICS), the international association for merchant ship owners, and also of its sister organization, the International Shipping Federation, was called on stage to share a highly emotive story about his involvement in converting Hellas Liberty into a floating museum moored in Piraeus since 2010. The historic vessel belongs to the family of Liberty ships, dubbed as the ship that won the World War II and are strongly linked to the post-war reconstruction and evolution of Greek shipping.

The event generated plenty of buzz and powerful headlines around the world as thanks to the engaging debates of no less than six powerful panel discussions which featured almost 20 foreign and as many Greek speakers. They tackled every aspect of the challenges facing the world of shipping today; from the impact of current geopolitical events to the role of ports in a fast-changing environment, and from the role of digitalization and the impact decarbonization regulations will have on the future of operators and charterers and the sustainability of the industry, to the issue of upskilling and reskilling for new and seasoned seafarers.

The median age of the event’s attendees was reduced significantly by the visit of seventy-five members of the recently launched Junior Club of the International Propeller Club Port of Piraeus who received an official welcome by our President, Costis Frangoulis, General Secretary, Danae Bezantakou and Dorothea Ioannou, Chair of the Maritime Education and Next Generation Committee before attending the Student Port Meeting and the Maritime Career Opportunities workshops.

The Convention also honoured individuals and organizations with its annual awards, naming Melina Travlos, President of the Union of Greek Shipowners as Maritime Person of the Year, Geraldo Tiedemann as the Propeller Club Person of the Year, and the Port of Seattle as the Propeller Club Port of the Year. James Patti handed the award. The Minister of Maritime Affairs and Insular Policy, Giannis Plakiotakis, received an honorary plaque by James Patti, President of the International Propeller Club of the United States, during a tour in the Port of Piraeus along with the delegates from abroad of the 96th Annual Convention & Conference of the International Propeller Club of the United States, in the presence of Costis Frangoulis and Danae Bezantakou.

During the fun-filled, Greece-themed gala dinner, our President spoke about the event’s significance for Greece and the international maritime community. Mr. Frangoulis was elected 2nd Vice President of the International Propeller Club of the United States during the Second Port Presidents Meeting and Installation of Officers, which was followed by the swearing-in ceremony of the International Propeller Club’s new Board of Directors. “This was a stellar event that brought the world of shipping together at the home of global shipping, Greece. We are honoured to have had the opportunity to welcome so many delegates and officials from around the world to learn, network and enjoy each other’s presence, but to also spend a few days under the spectacular blue skies of Athens while visiting some of the world’s most prominent cultural sites,” said Frangoulis. He added: “On a personal note, I am deeply honoured by my election as 2nd Vice President of the International Board. I also feel proud and privileged for the Propeller Club of Piraeus receiving the International President’s Award for Excellence, especially so as it comes hard-on-the-heels of last year’s distinction, when we were named Propeller Club of the Year, which speaks volumes to the Club’s productive contributions and systematic work.” 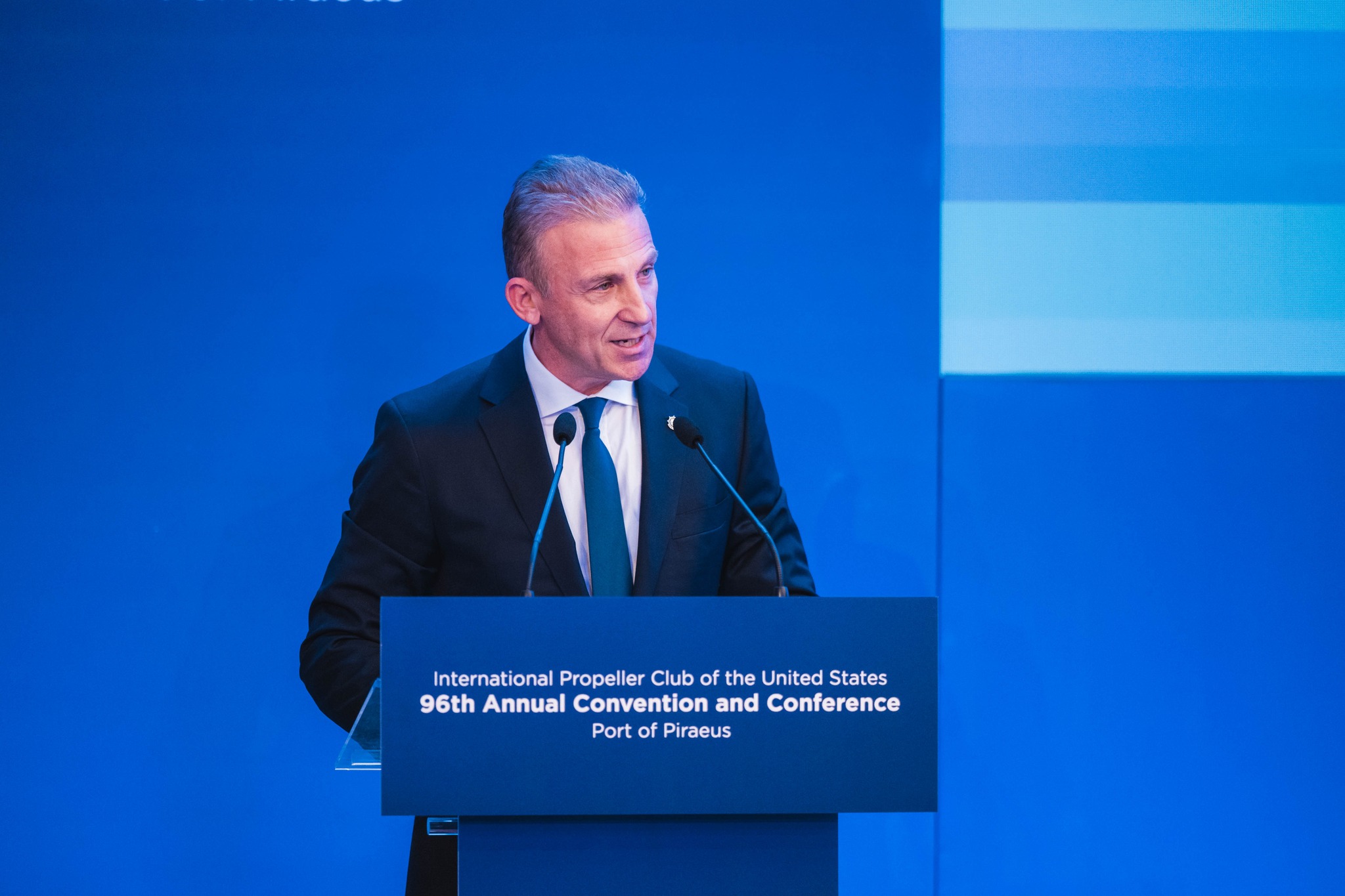 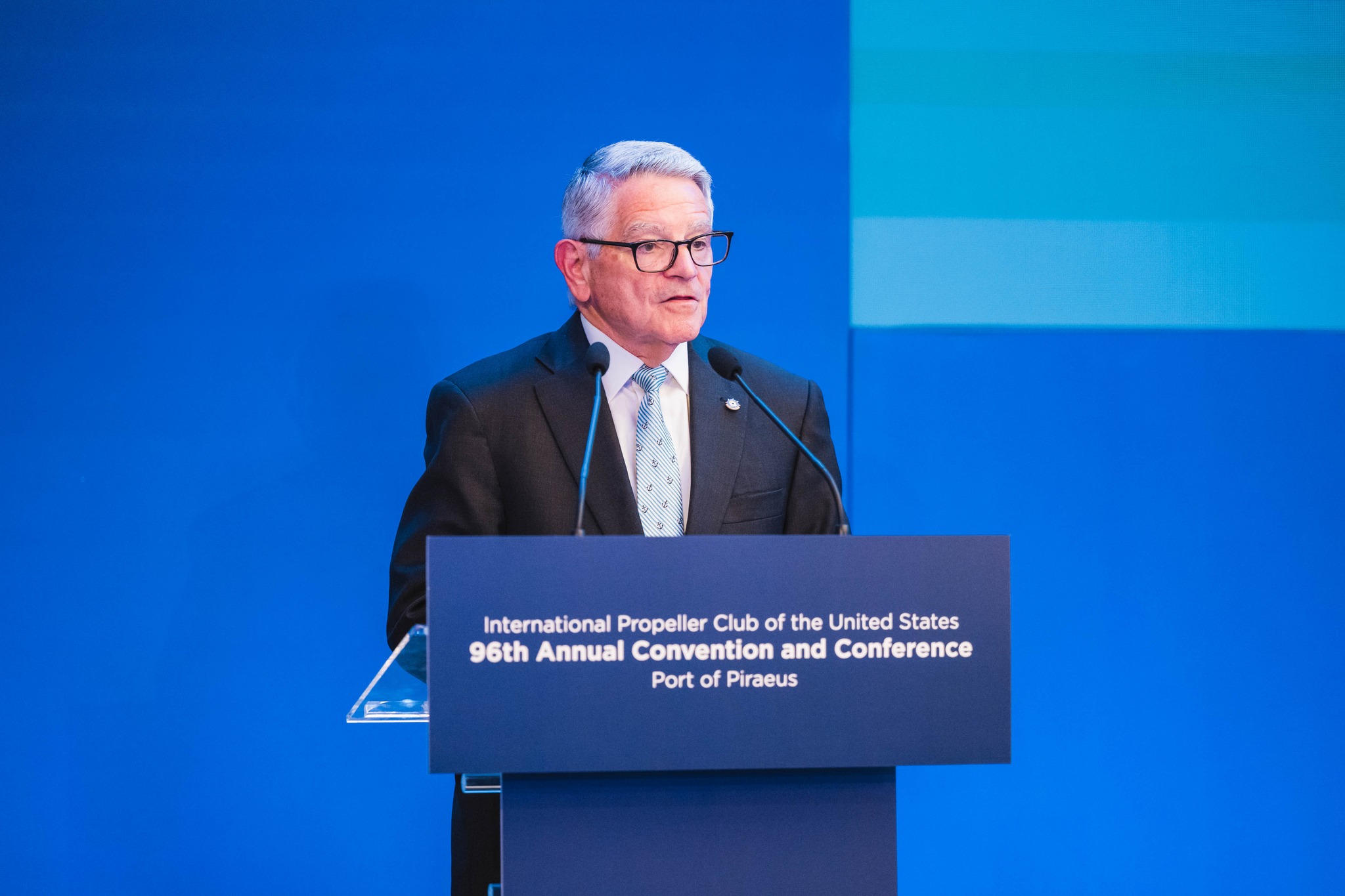 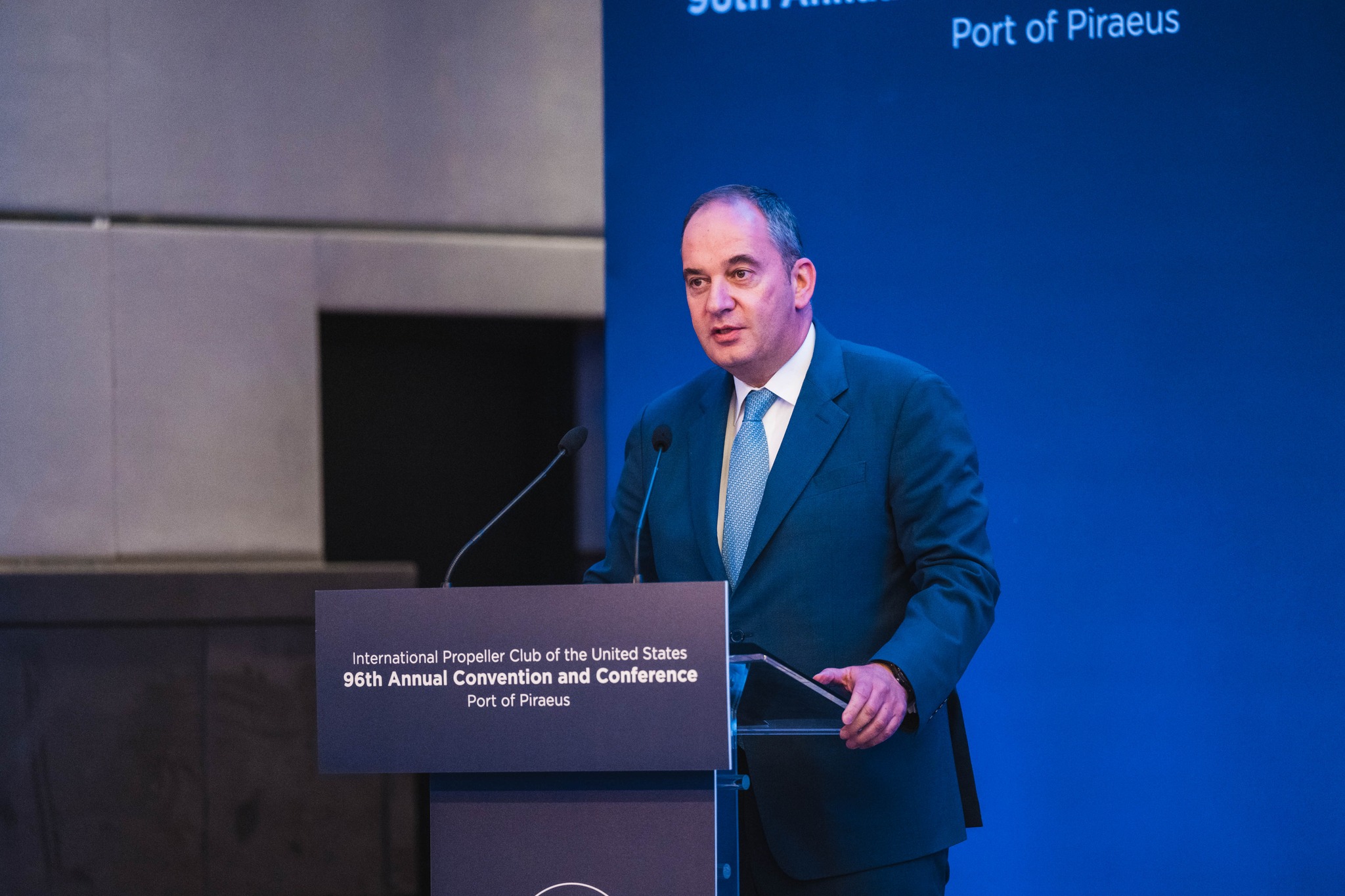 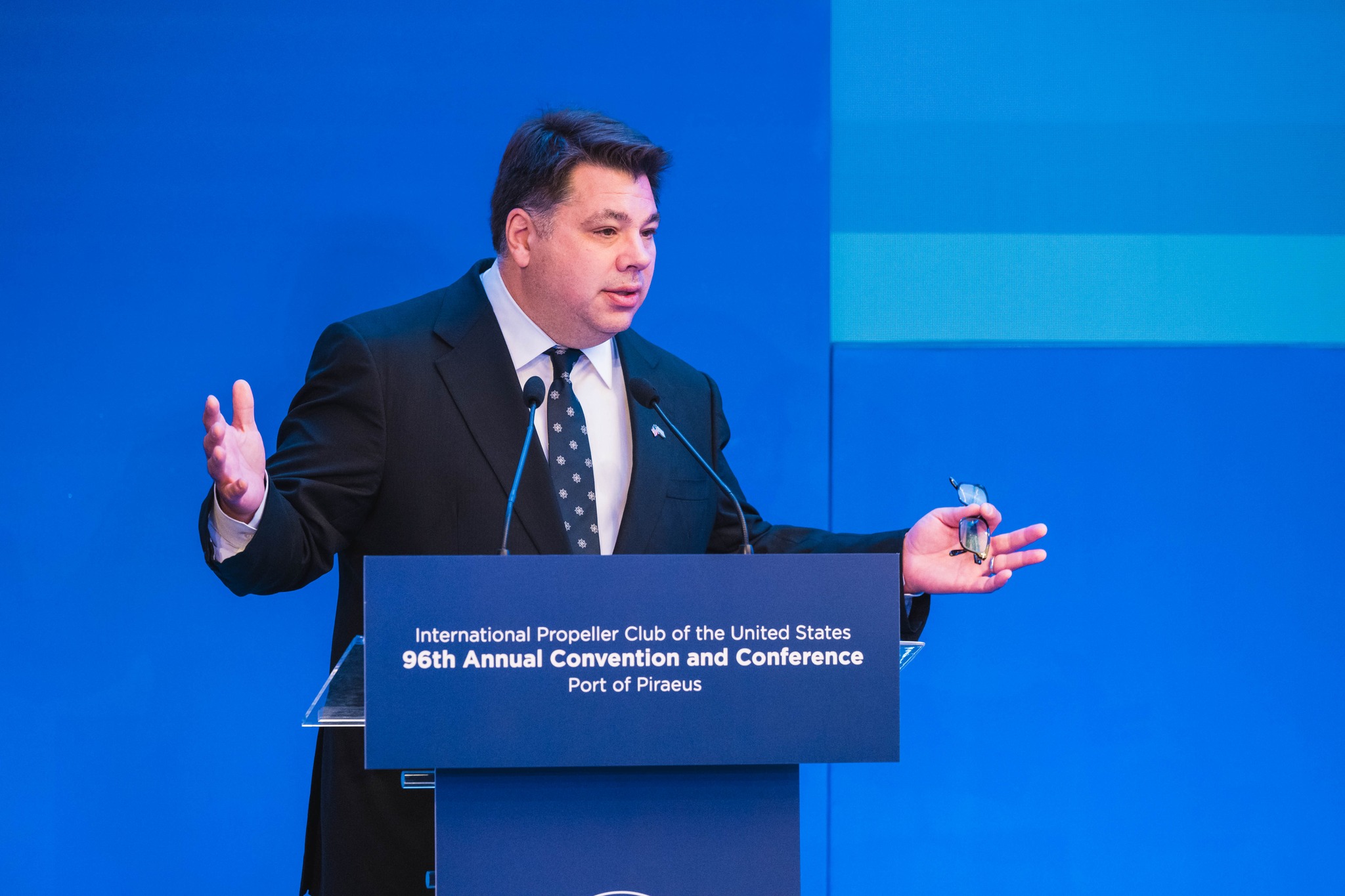 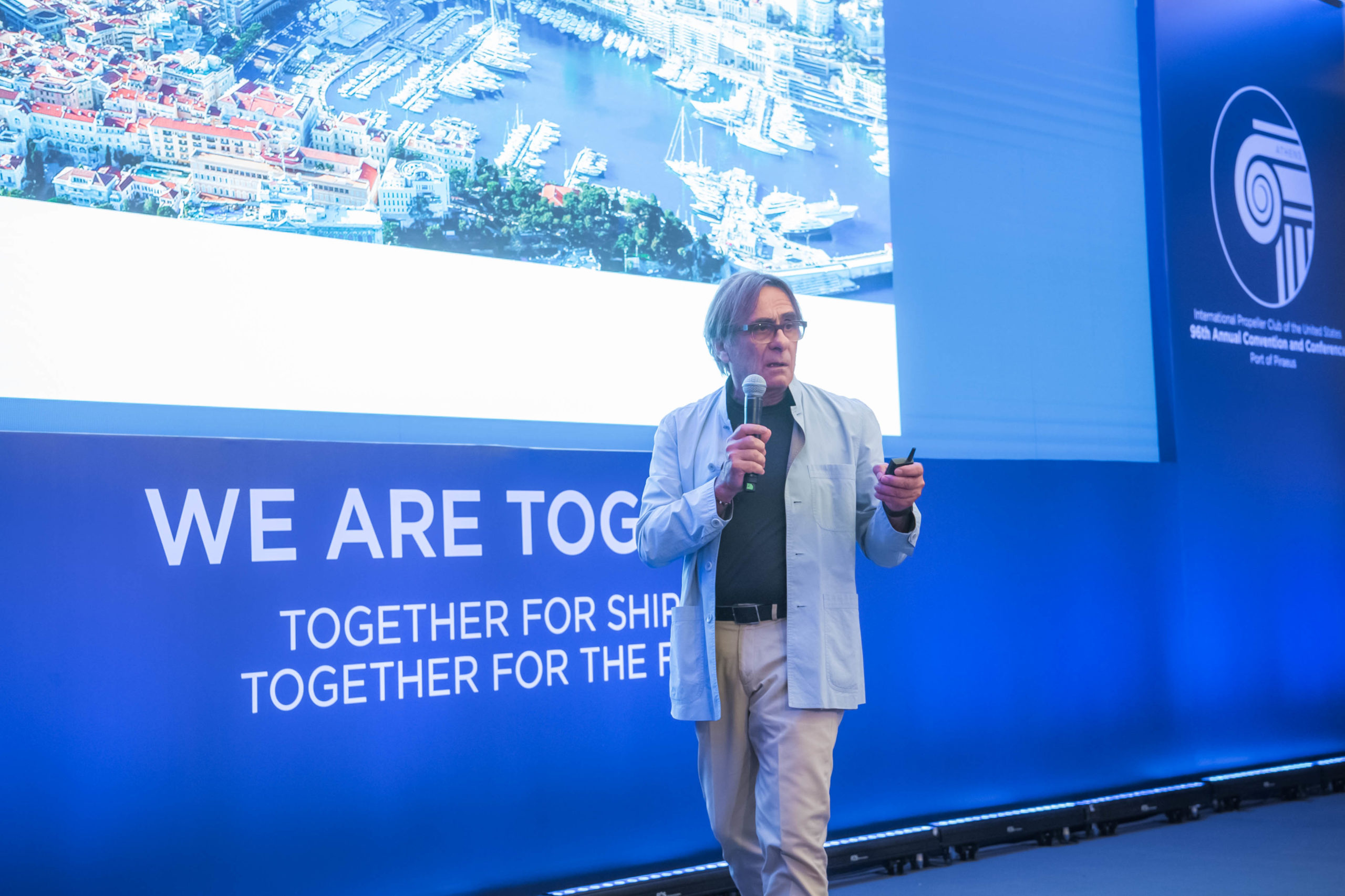 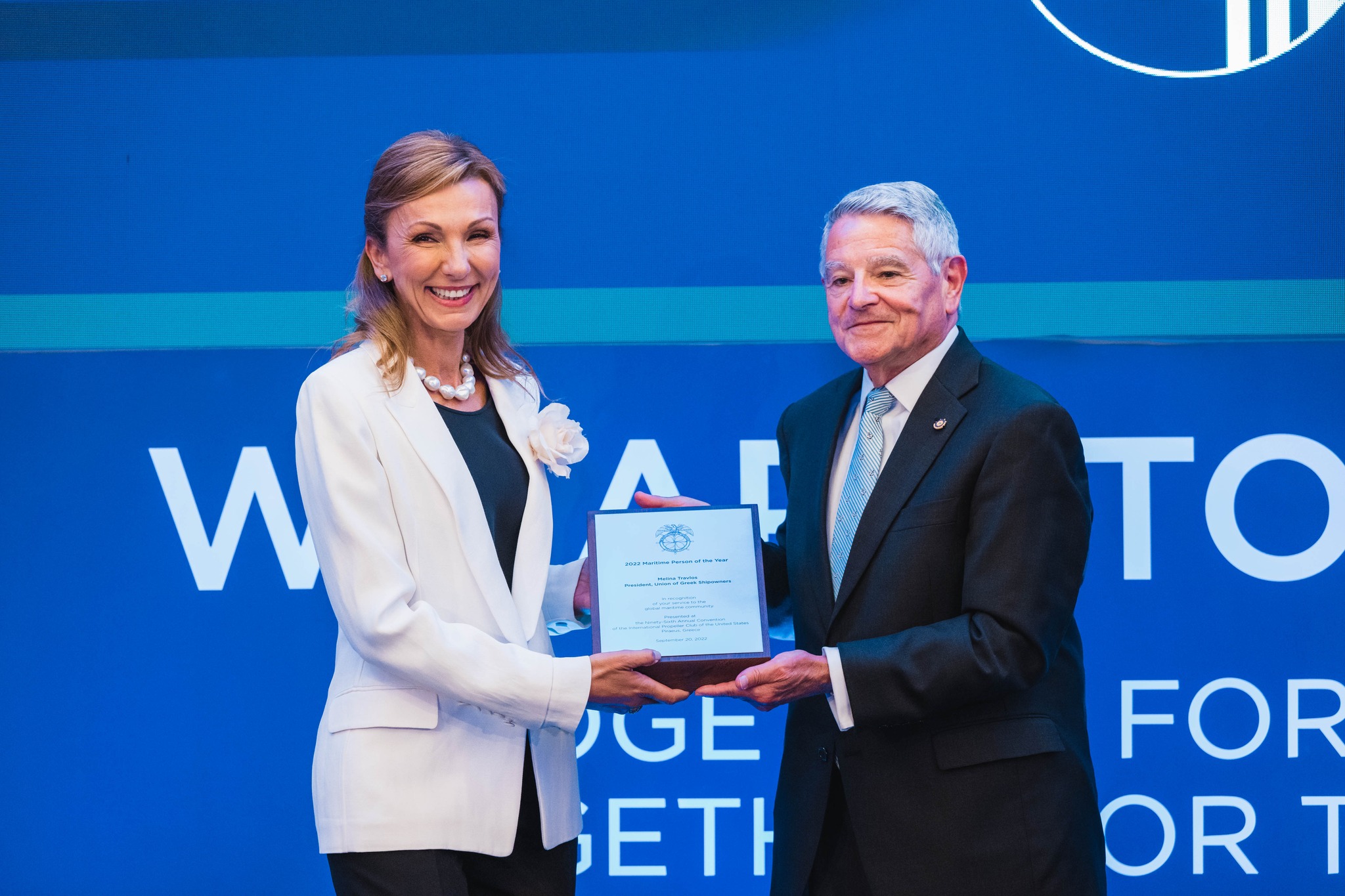 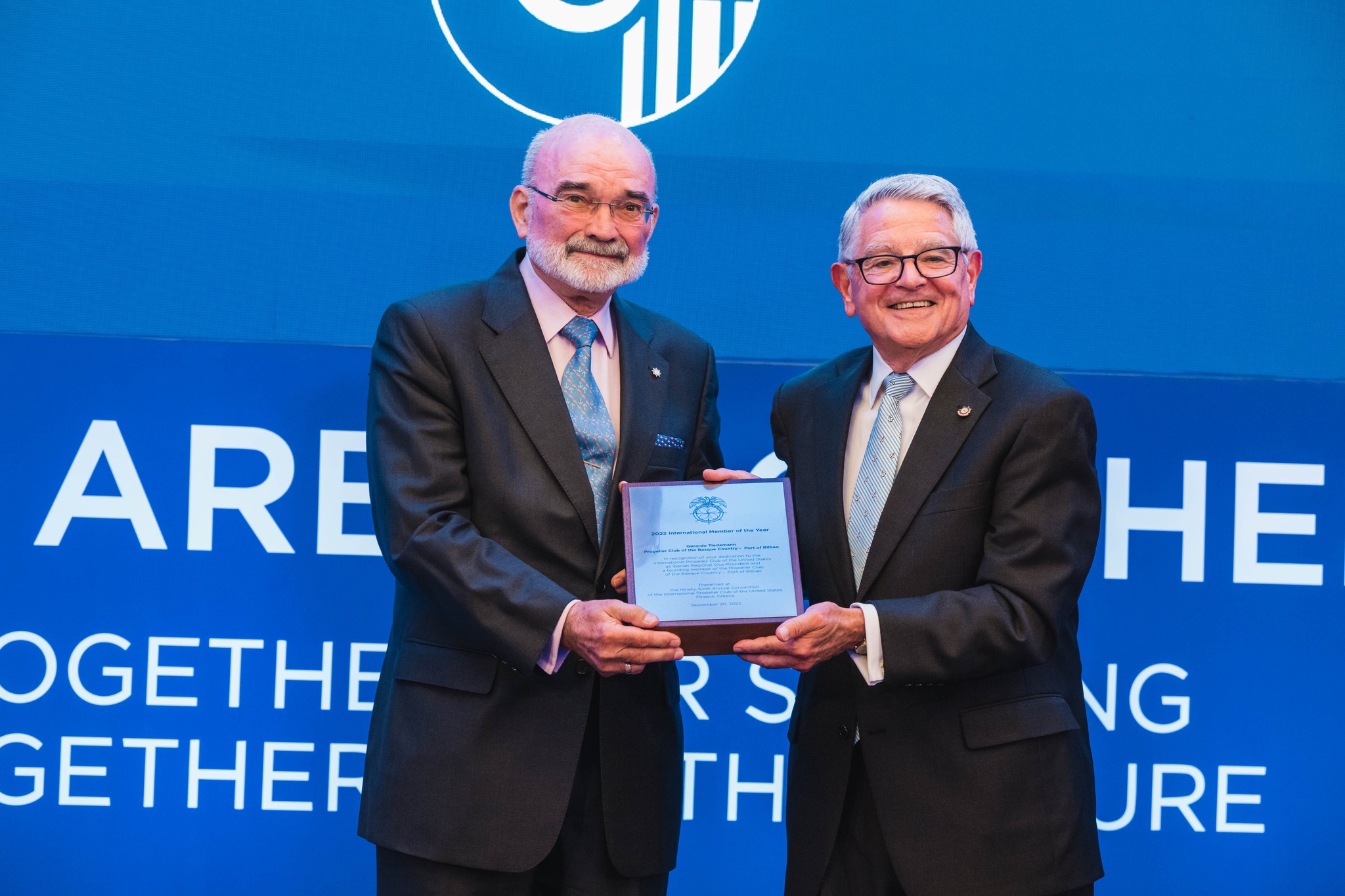 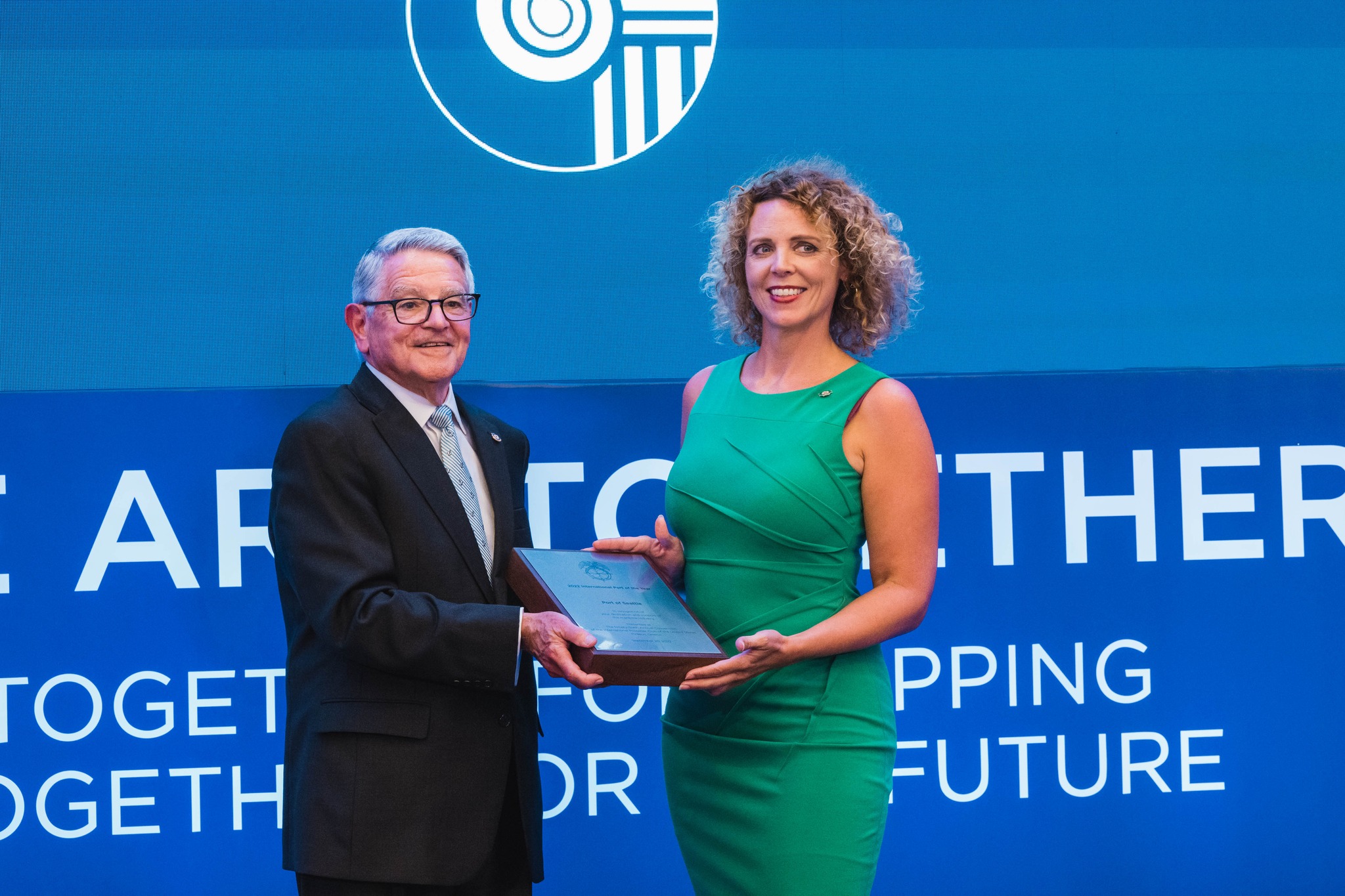 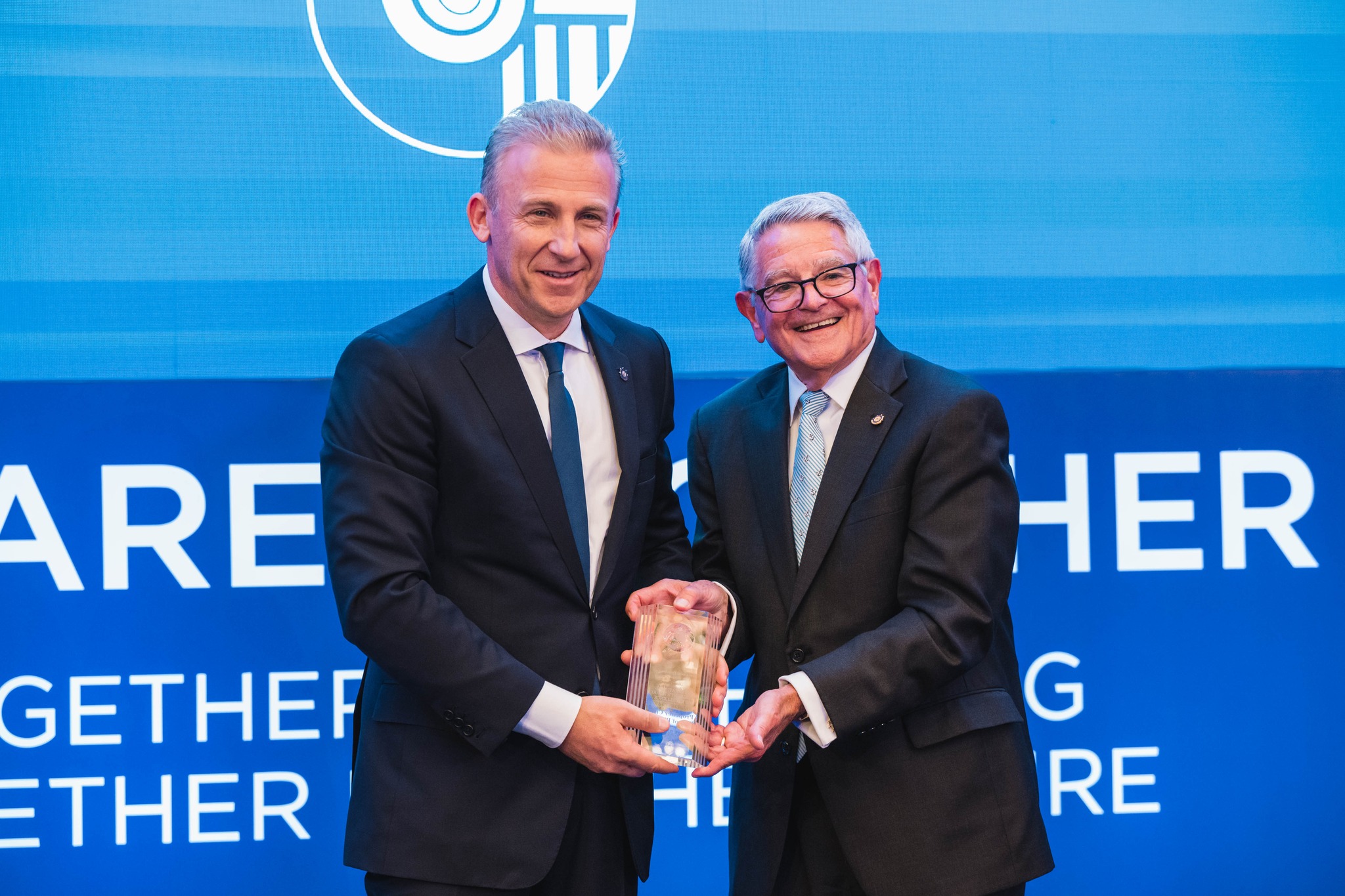 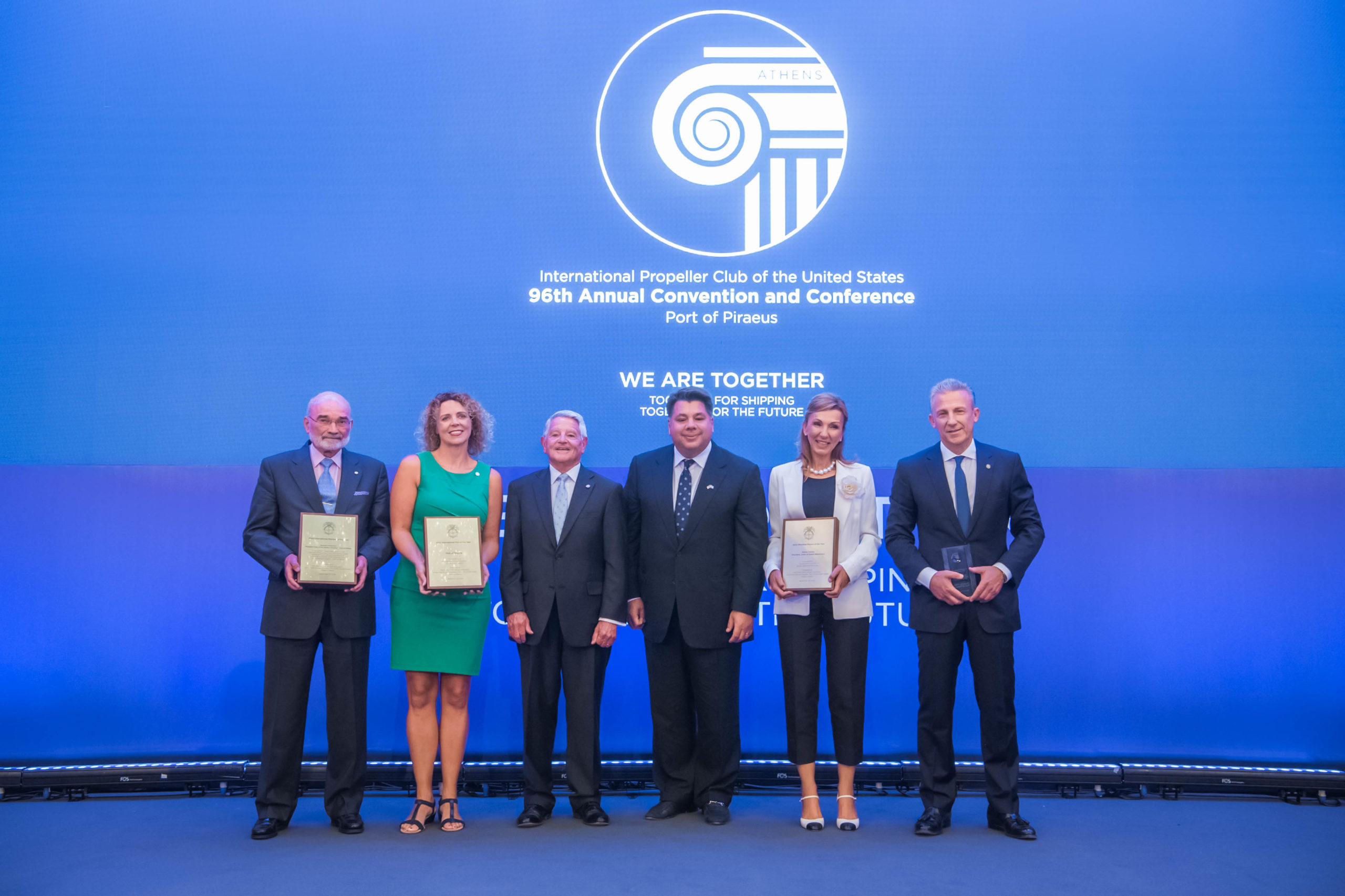 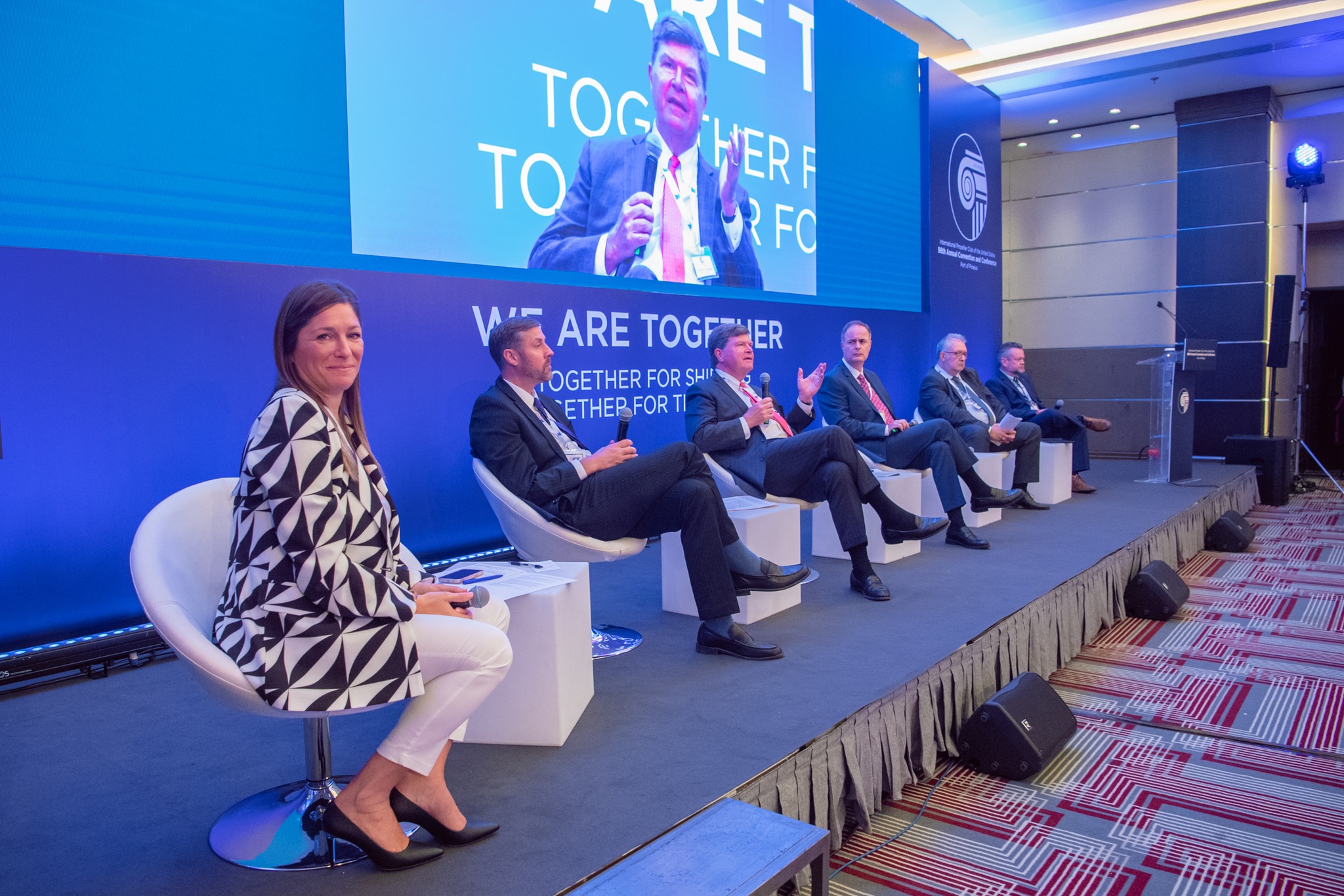 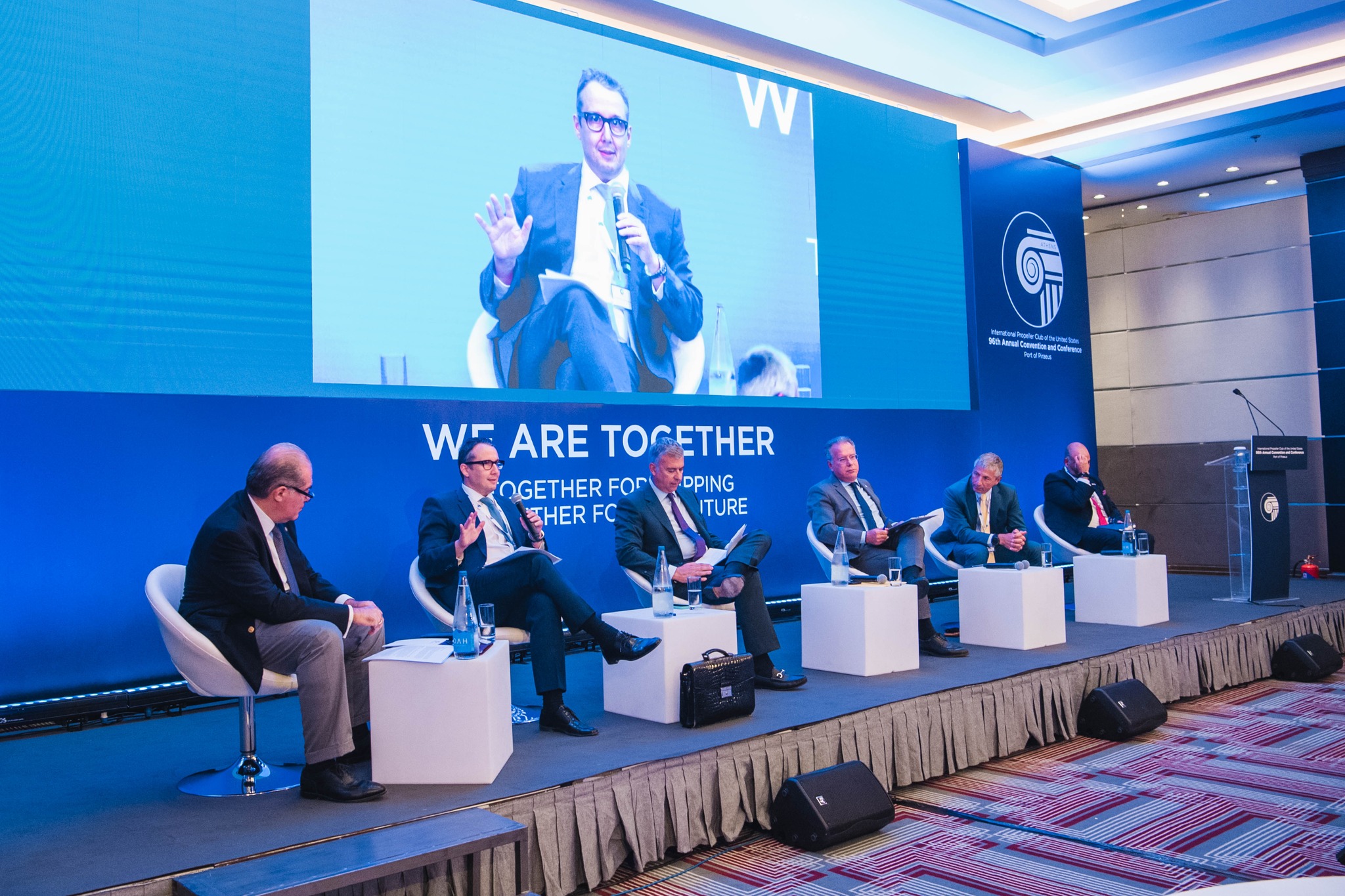 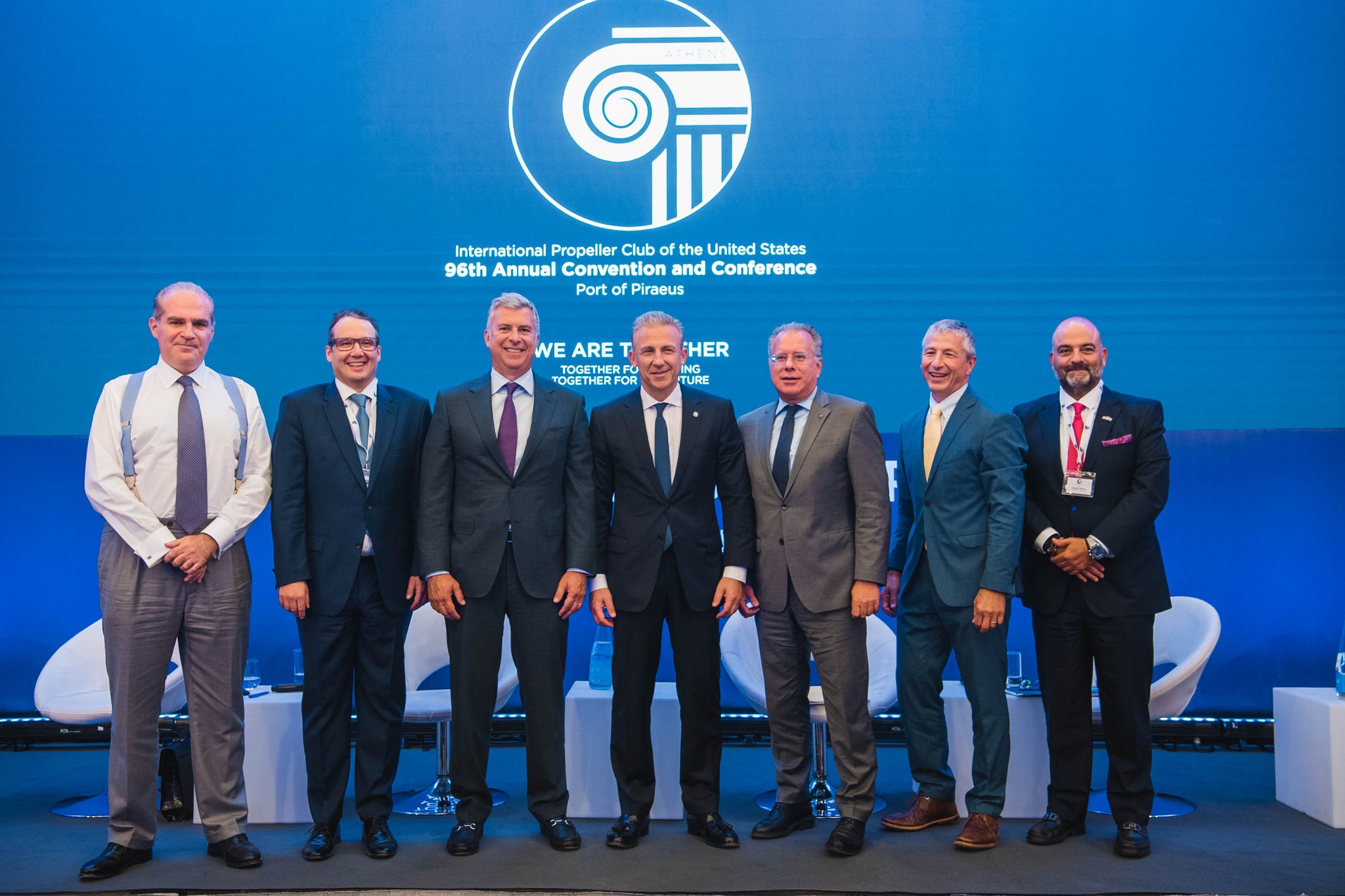 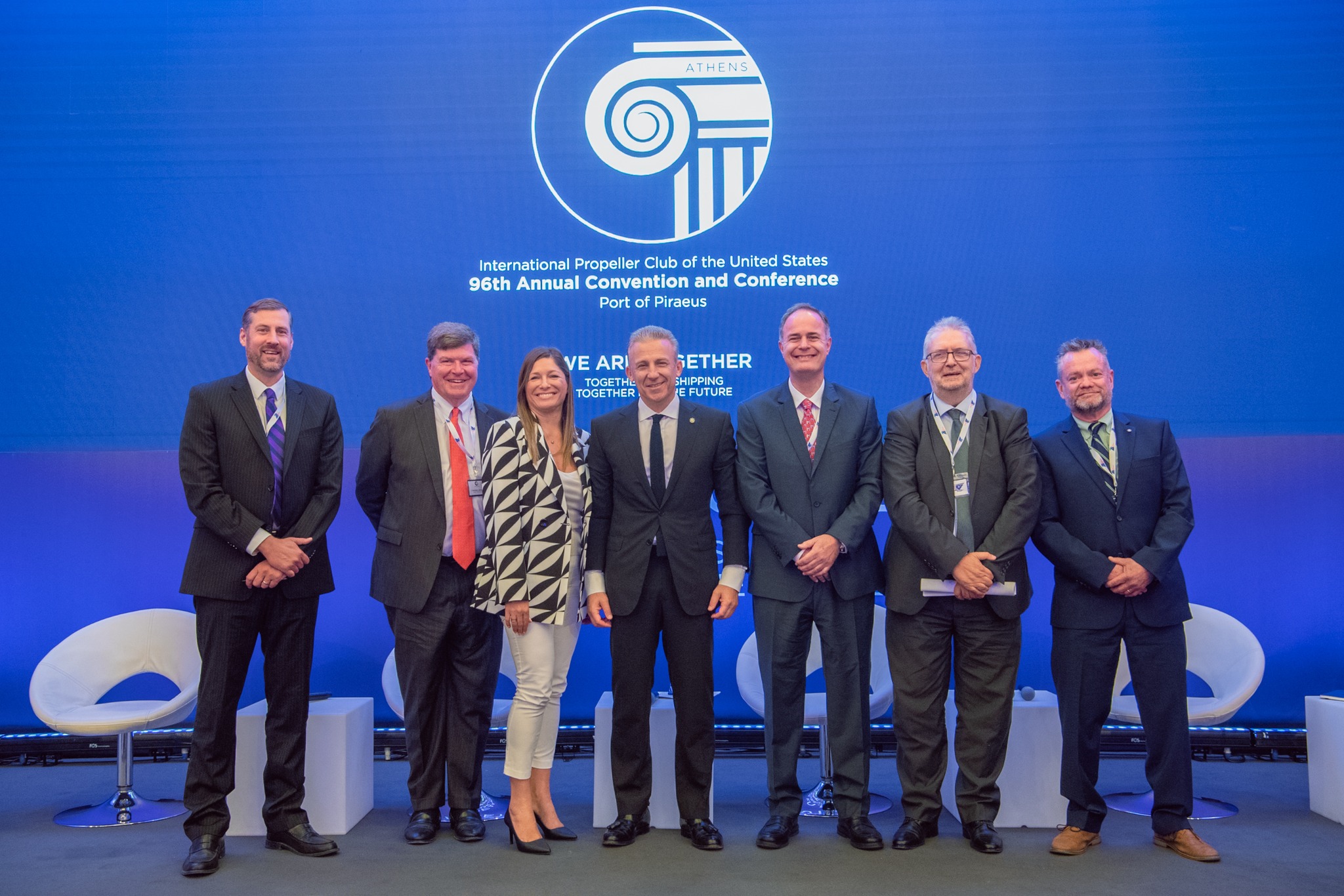 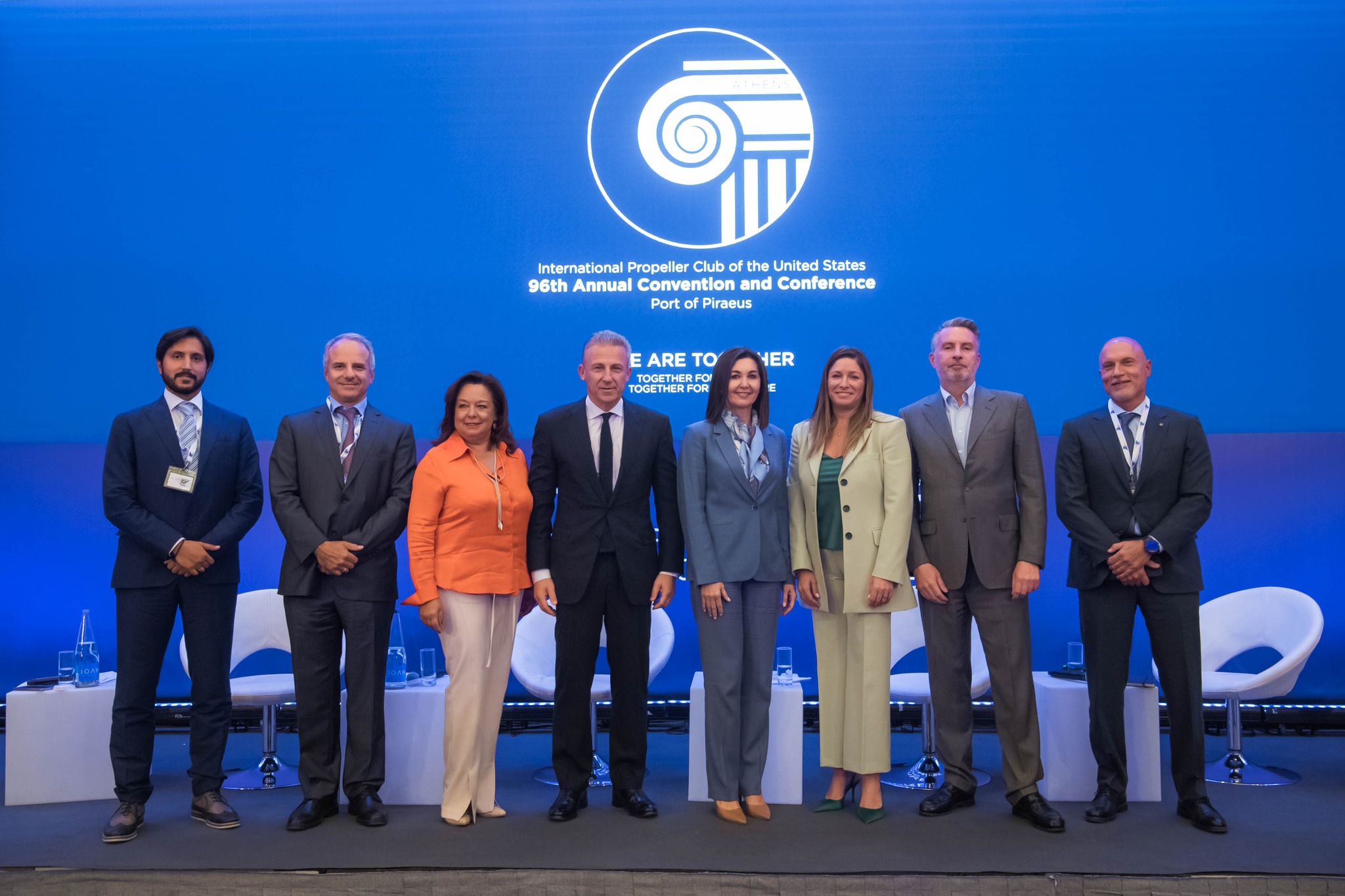 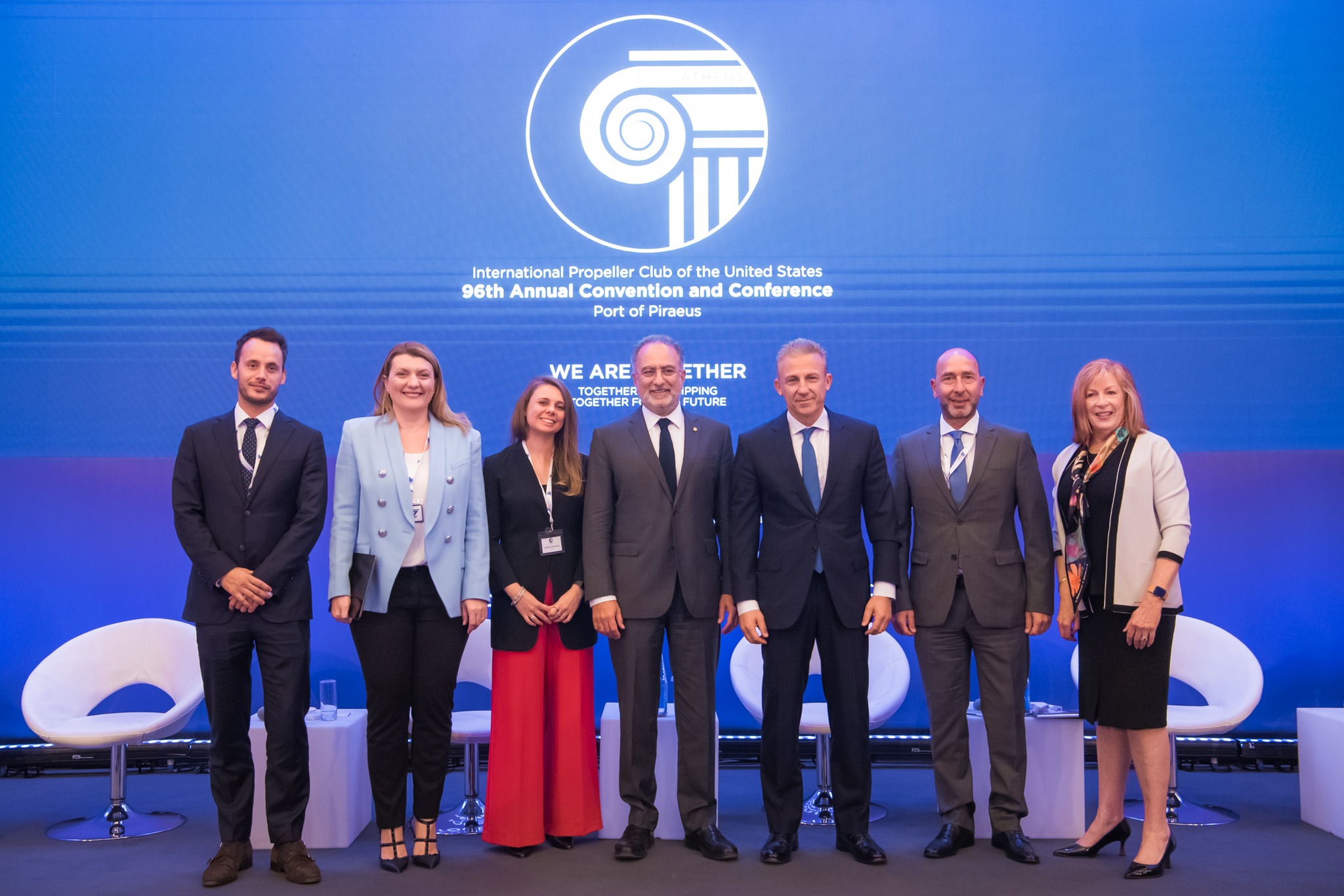 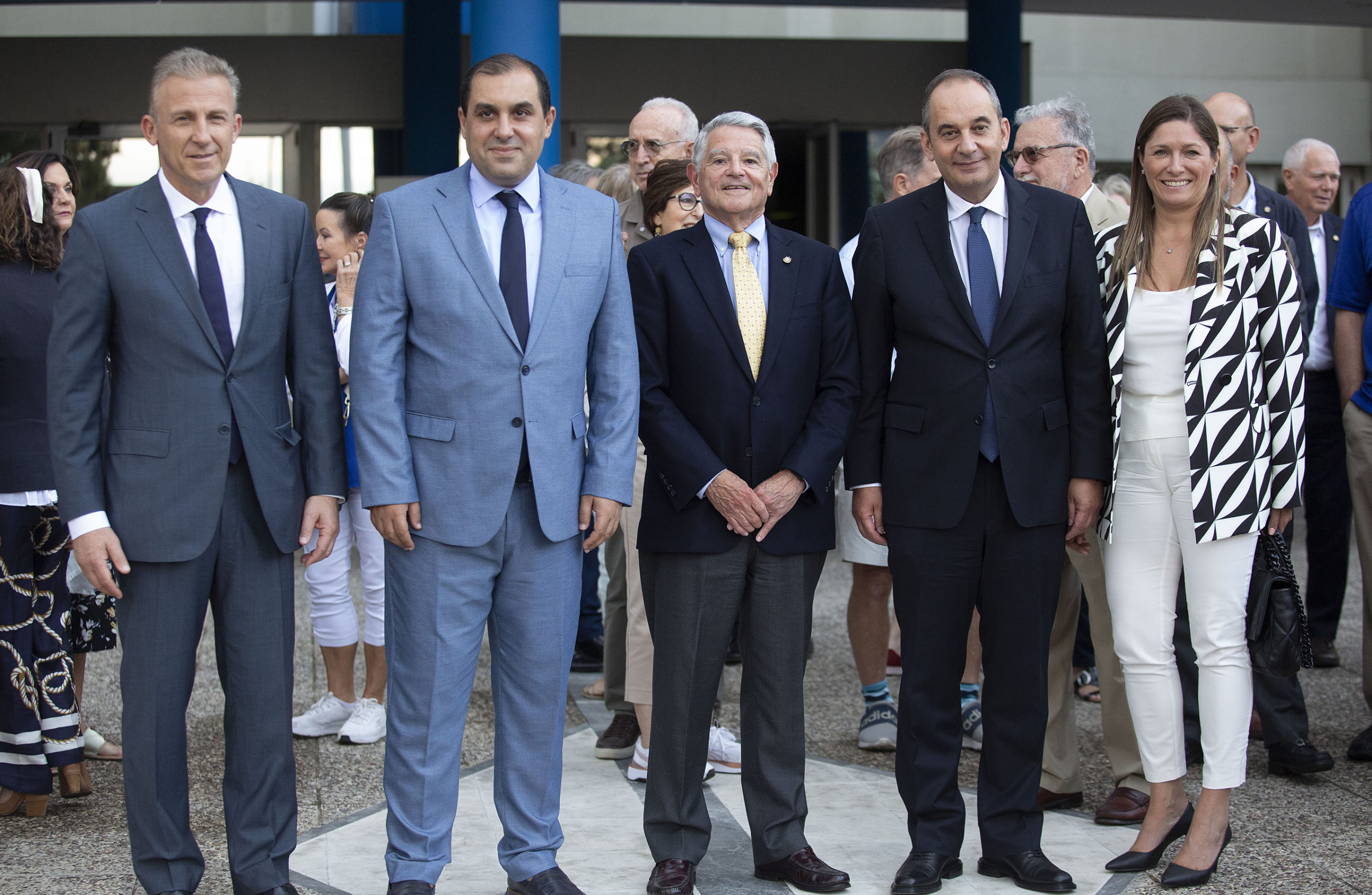 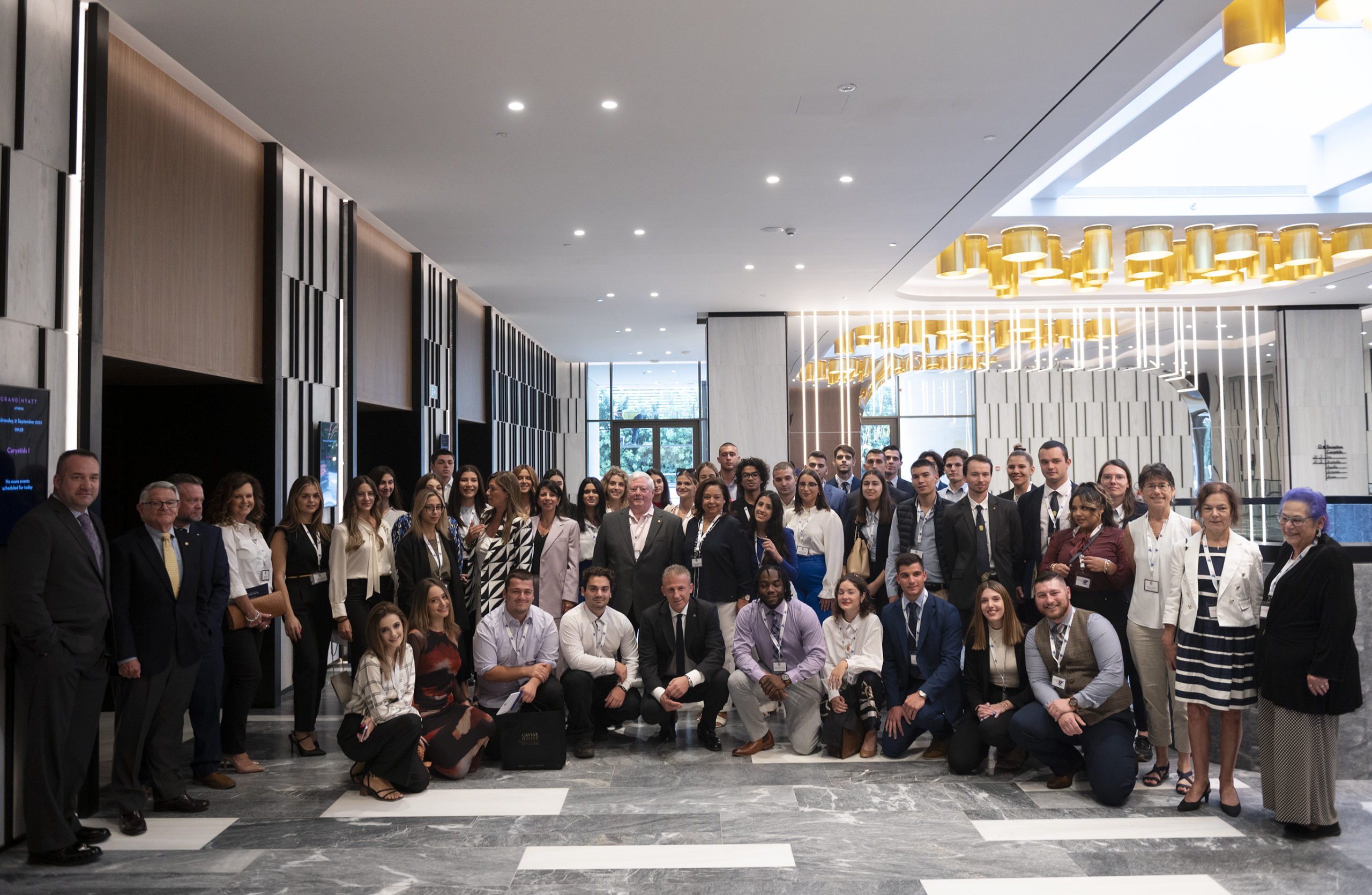 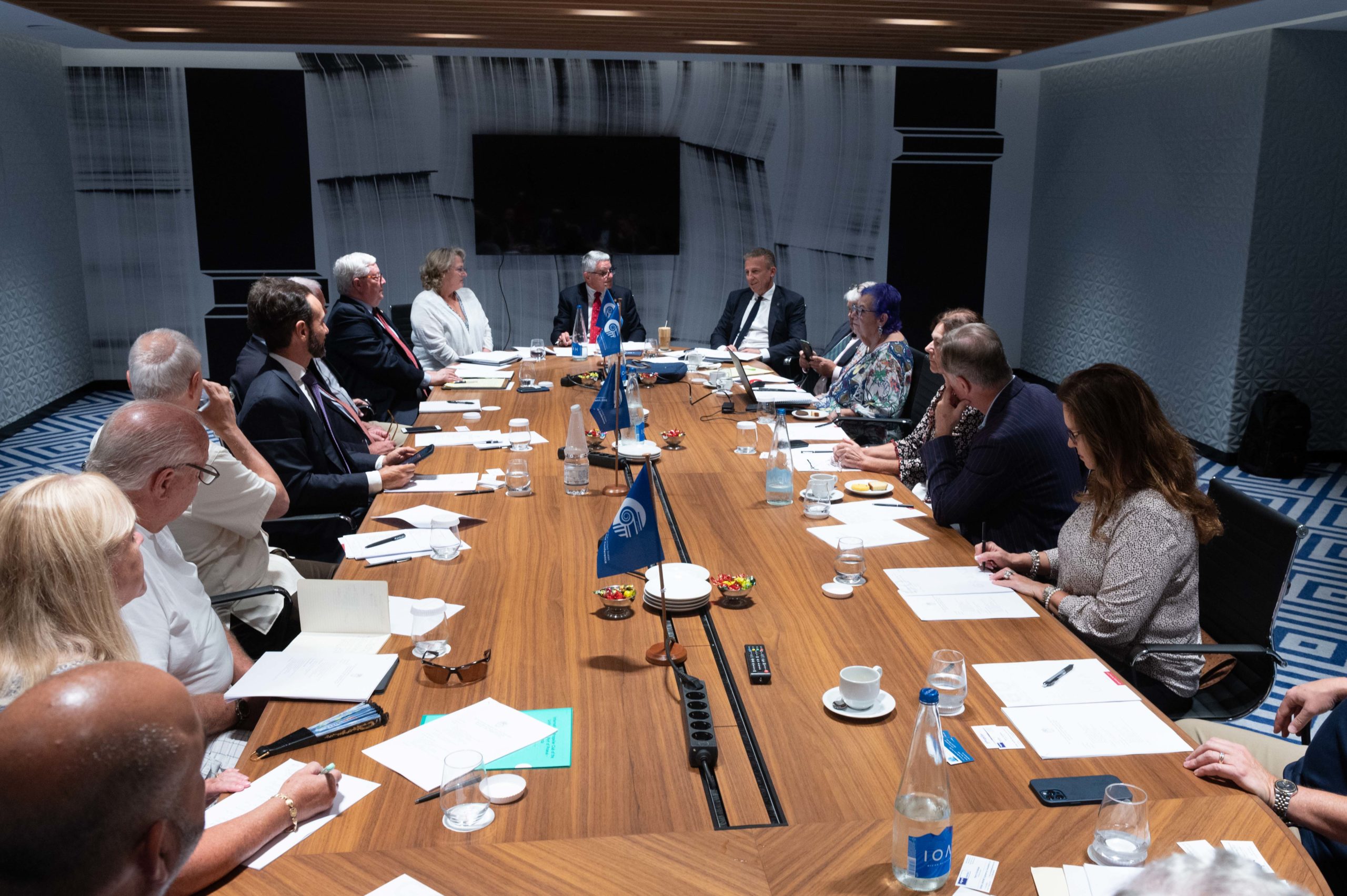 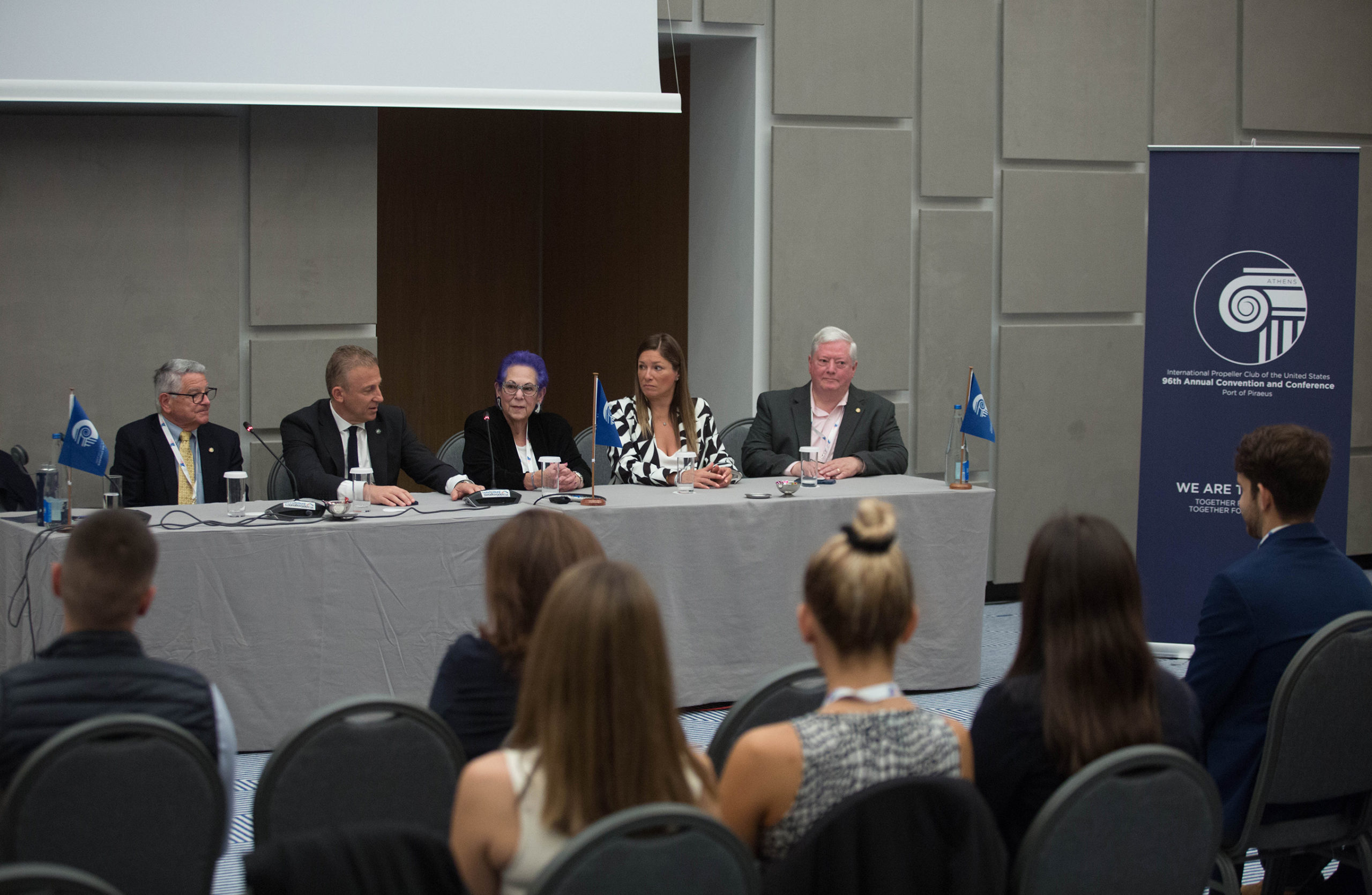 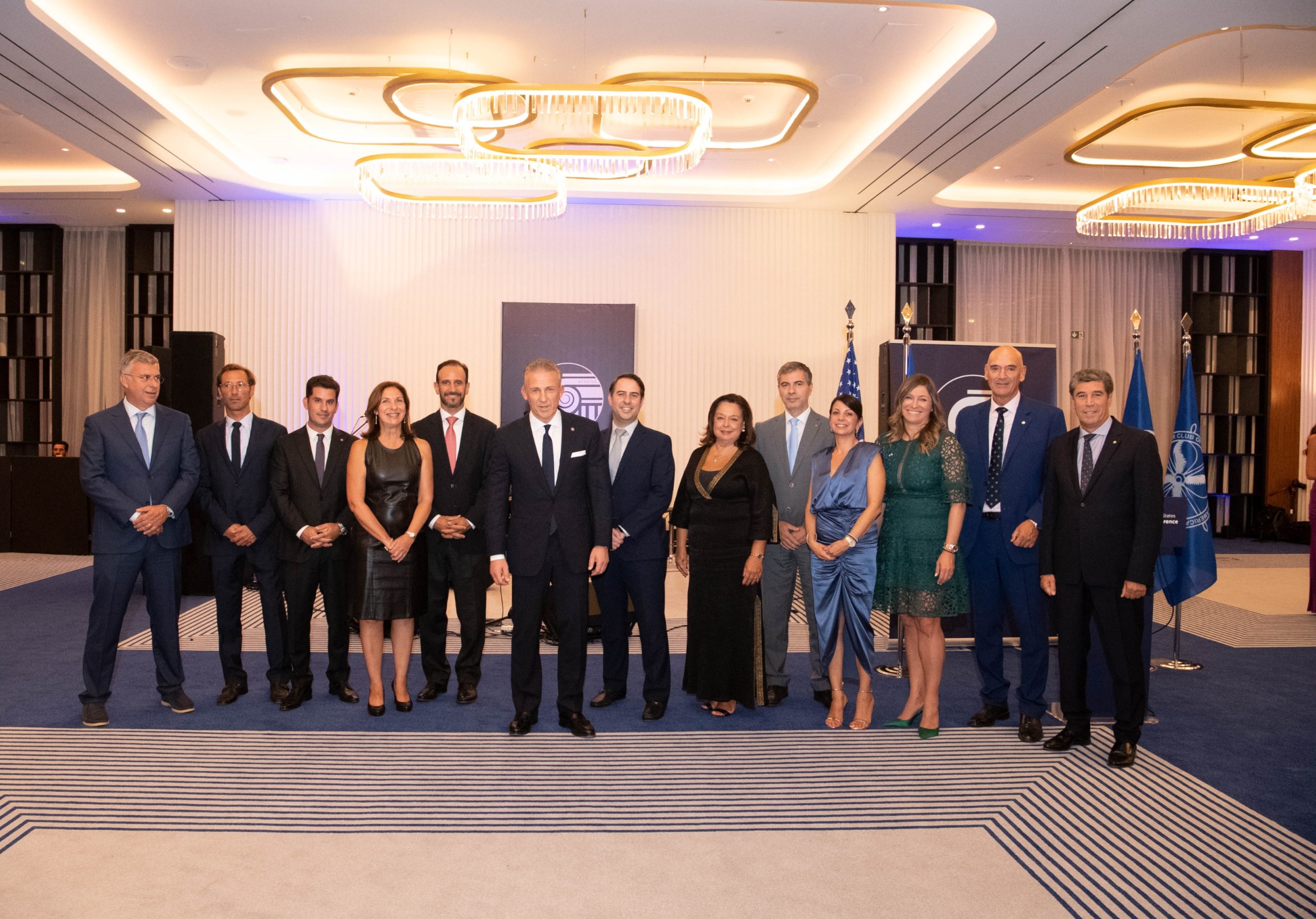 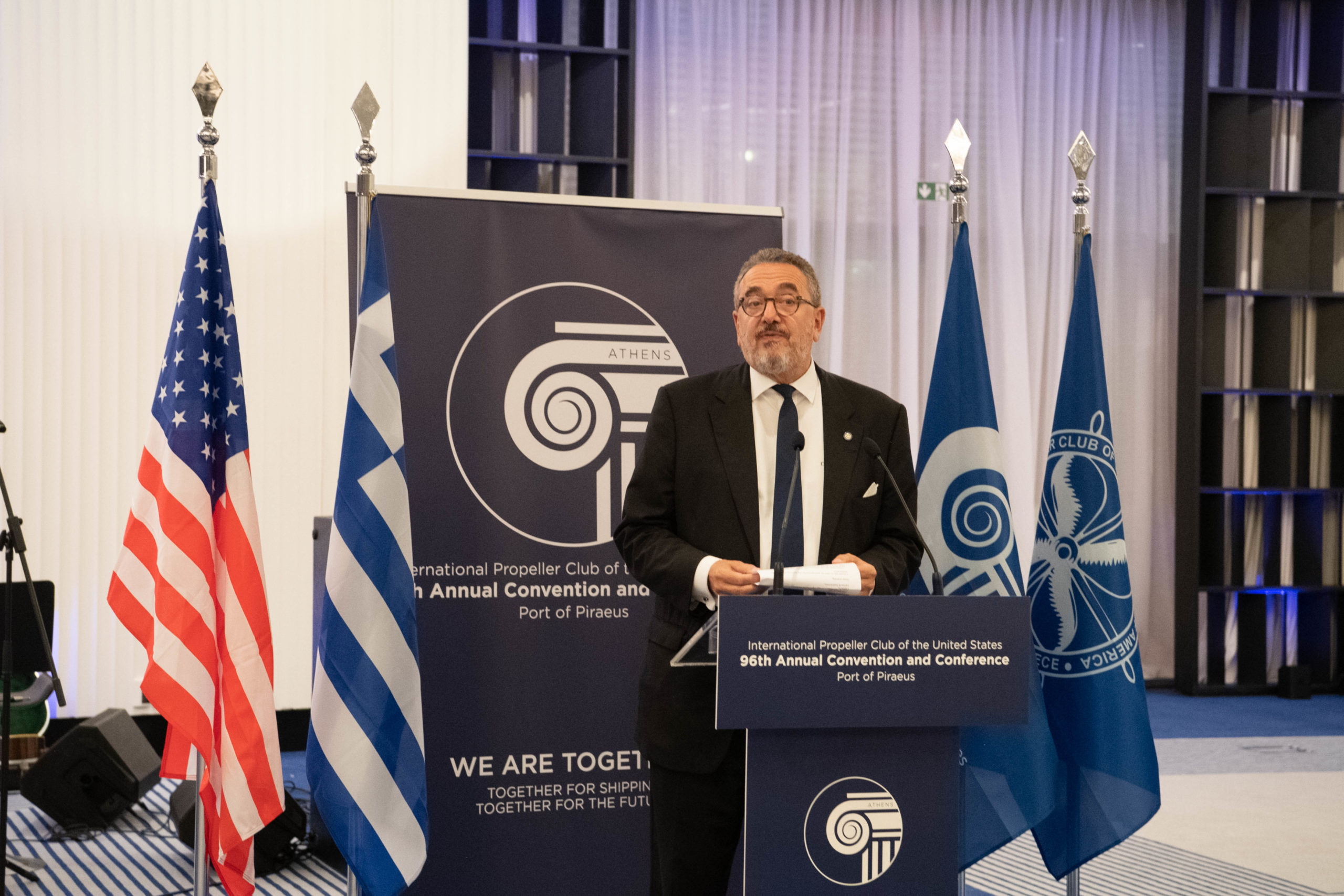 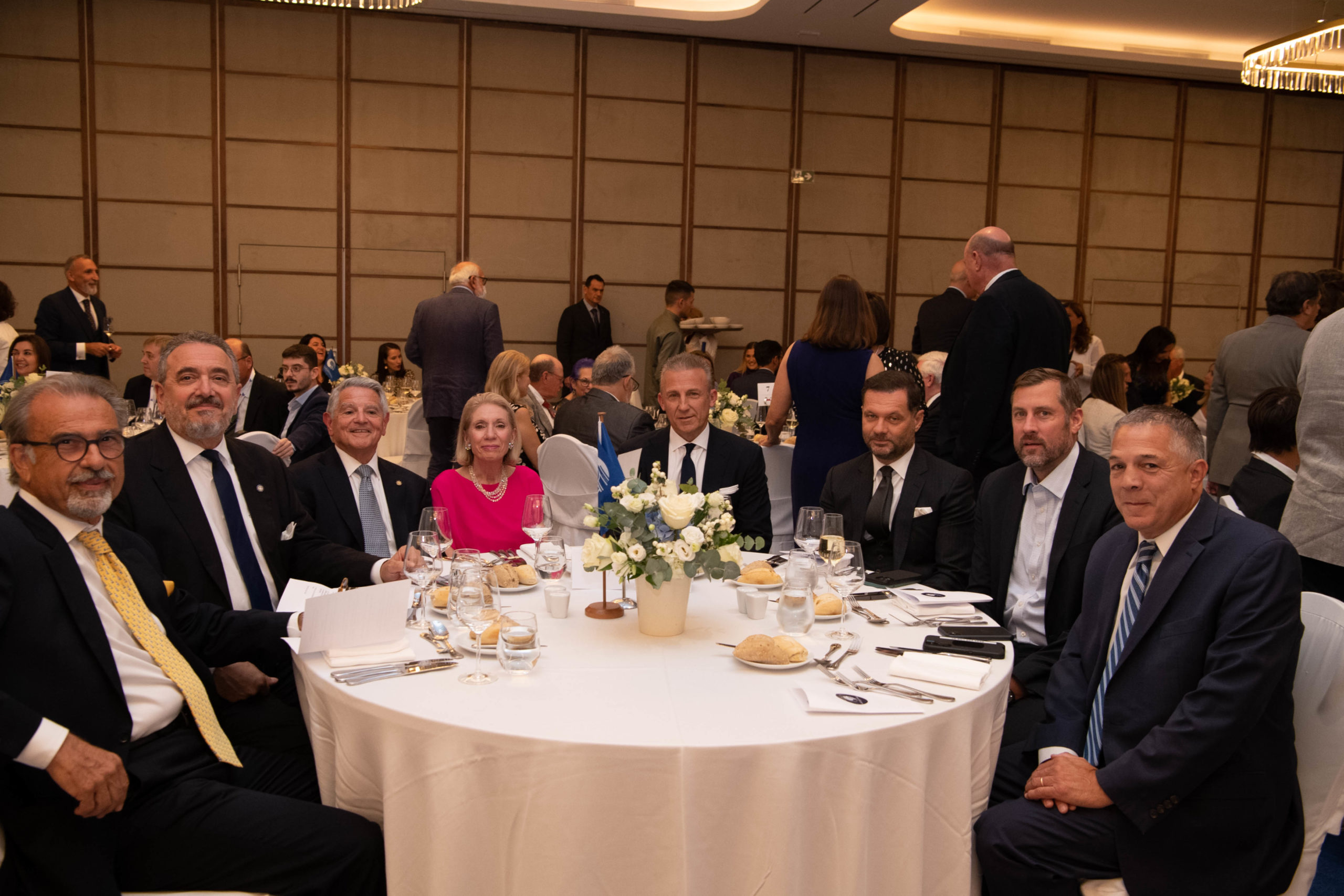 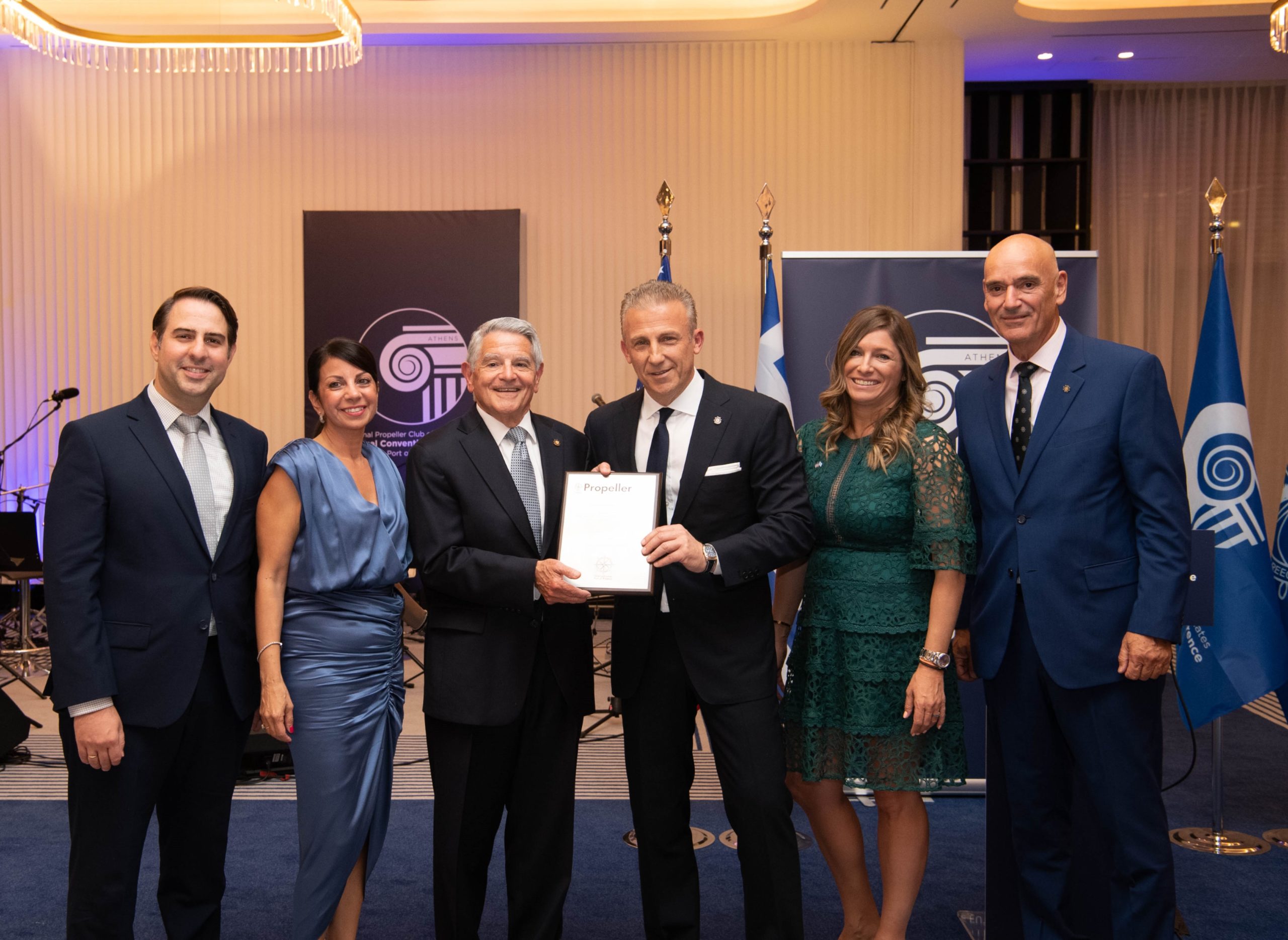 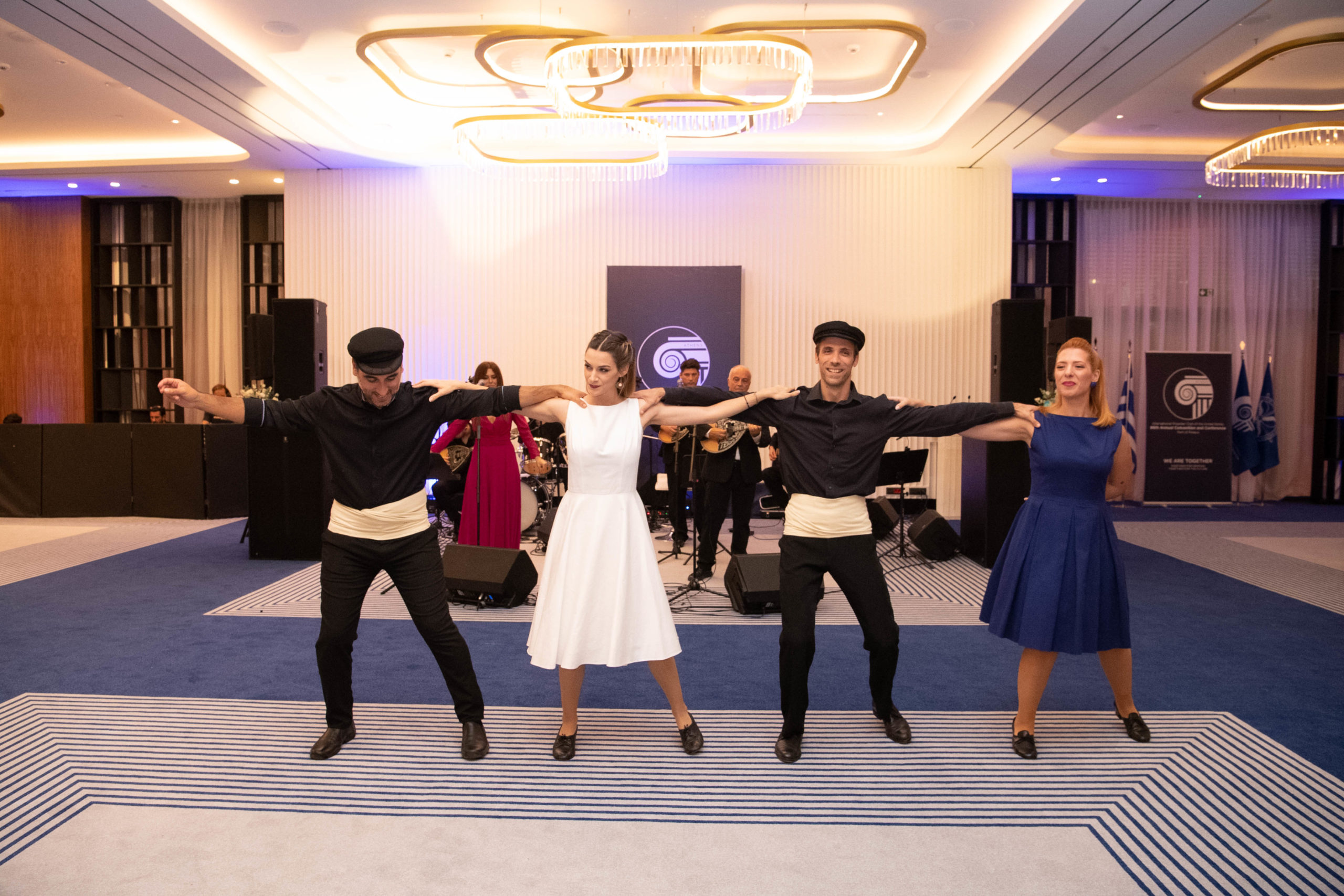 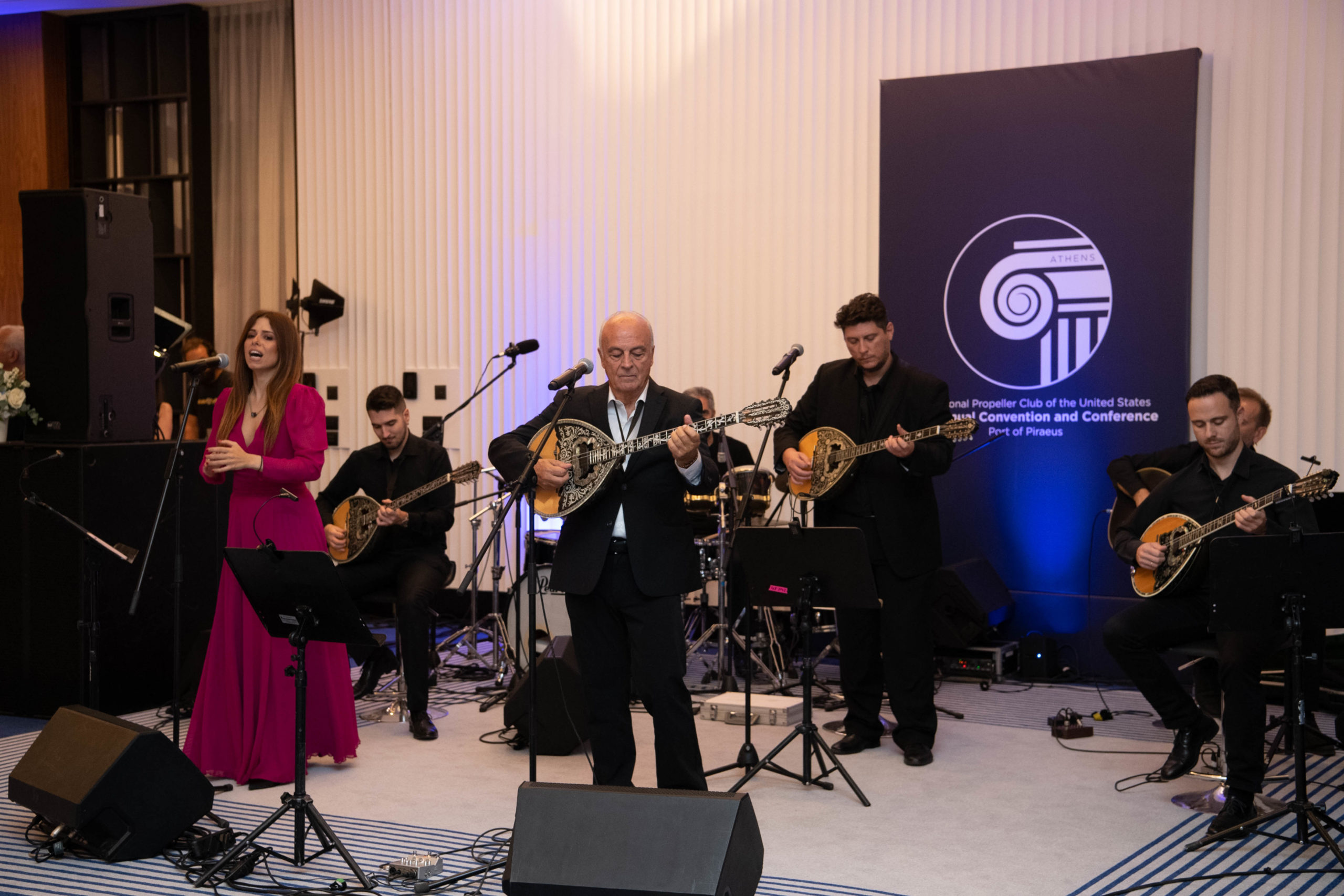 Dinner in Honor of our Supporters

The dinner in honor of our Supporters, was held with great success on Friday, October 21 at the Grand Hyatt Athens Hotel ...

This year’s Annual Convention & Conference of the International Propeller Club of the United States which was held on ...

Our "Members' Day Meeting" was held on Thursday, 14 July at the Acropolis Museum with great success in the presence of i ...